Bluetooth direction finding, introduced with Bluetooth 5.1, lets users locate assets, people, and anything else indoors with meter-level accuracy, paving the way for new indoor positioning use cases and business models.

Already prior to the release of Bluetooth 5.1, Bluetooth low energy technology had established itself as a leading solution for indoor positioning applications. The basic approach involved measuring the signal strength (RSSI) of the Bluetooth signal from fixed beacons using a Bluetooth receiver, for example, in a smartphone. Alternatively, fixed anchors could measure the RSSI of the Bluetooth signal transmitted by a moving device, also referred to as a tag. These RSSI-based methods typically achieve accuracy levels of a few meters and have been used to determine whether an asset or a person is in a room.

Bluetooth 5.1-based indoor positioning can achieve meter-level accuracies. Compliance with standards defined by the Bluetooth SIG ensures that the message format used by devices is compatible across vendors. And the ubiquity of Bluetooth in connected devices targeting mass-market and niche applications promises to facilitate the adoption of the indoor positioning solution.

The camera follows the mobile tag based on the angle of arrival of its RF signal at the anchor point.

Bluetooth location prior to Bluetooth 5.1

The illustrations below demonstrate how Bluetooth low energy technology prior to Bluetooth 5.1 is commonly used in indoor environments. These include industrial, commercial, and retail locations, as well as cultural venues such as museums. To the left, a client carrying a Bluetooth-enabled device is located inside a room with a Bluetooth anchor that receives advertising messages from the mobile device. To the right, the room is equipped with multiple anchors. Both approaches leverage the RSSI, a measurement of the strength with which the signal is received. 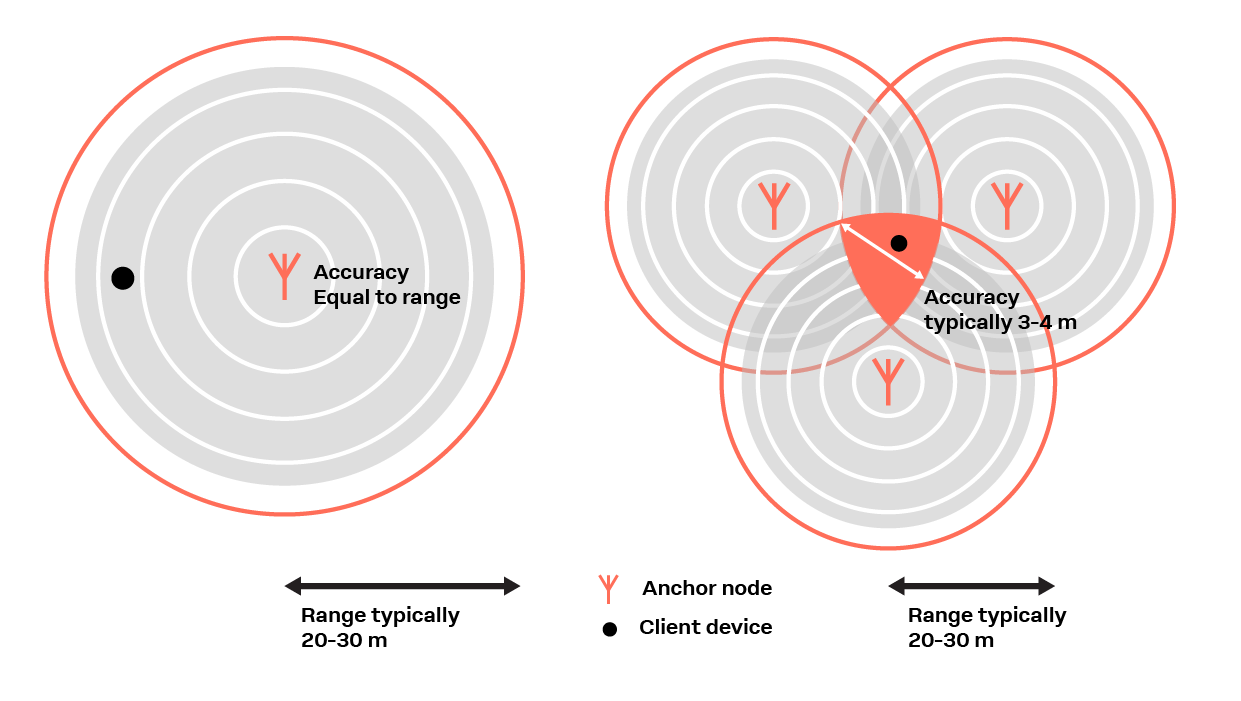 In the case with only one Bluetooth anchor node, the client can be roughly located within a certain distance of the anchor. This approach has been used to implement proximity solutions that detect whether a client has entered a target area, e.g. in a shopping center or a museum. When several Bluetooth anchors are present, complex algorithms such as trilateration can be used to more accurately determine the client’s position relative to the anchors.

As outlined in the introduction, Bluetooth direction finding makes it possible to determine the direction that radio signals travel between the mobile client and one or several fixed anchor points. Bluetooth has developed two solution architectures, one based on the radio signal’s angle of arrival (AoA) at the anchor point, the other based on its angle of departure (AoD).

In the case of AoA, the mobile asset is equipped with a tag that transmits a Bluetooth direction finding signal, which includes a constant tone extension packet (CTE). In this scenario, measurements made by the antenna arrays are used to determine the angle of the incoming signals using a network-based engine. As illustrated below, the signals transmitted by the mobile client reach the individual antennas that comprise the anchor’s multi-antenna array with a slight phase shift relative to the rest. Assuming that the signal propagates a planar wave, the slight phase differences observed at each antenna can be used to calculate its angle of arrival.

Using phase differences to derive the angle of arrival. Adapted from Bluetooth SIG

AoA can be used to implement real-time location services (RTLS) or tracking use cases. 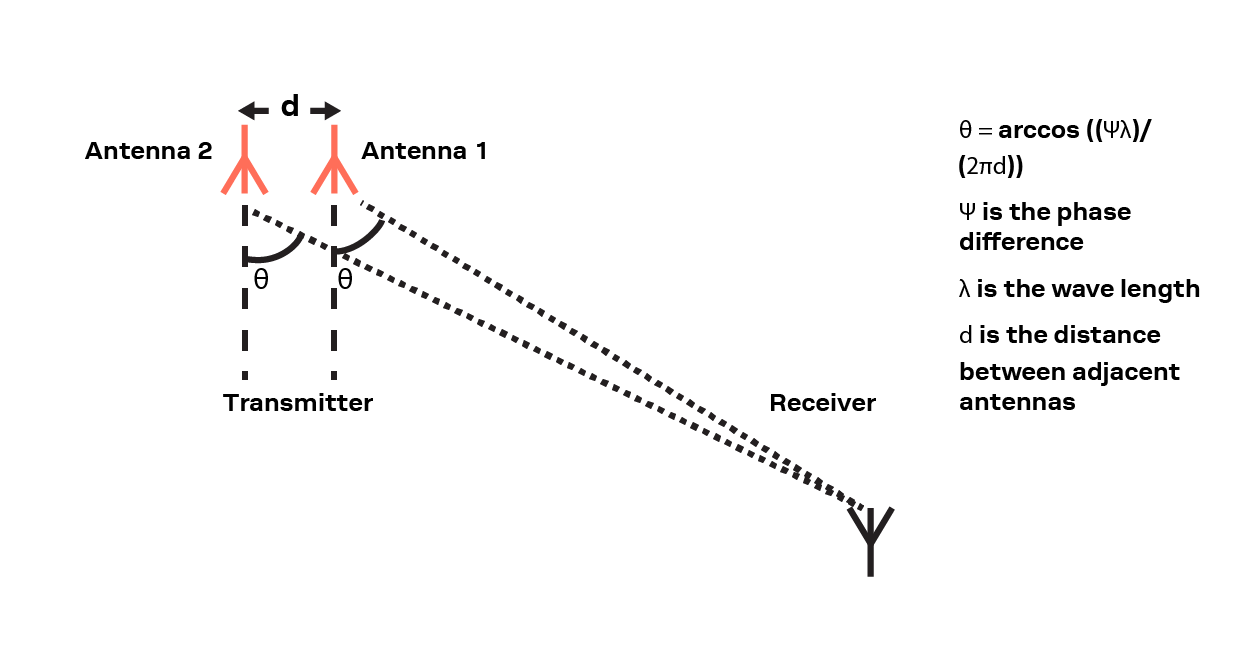 Using phase differences to derive the angle of departure. Adapted from Bluetooth SIG

AoD can be used to implement navigation and wayfinding use cases.

Direction finding with a single anchor 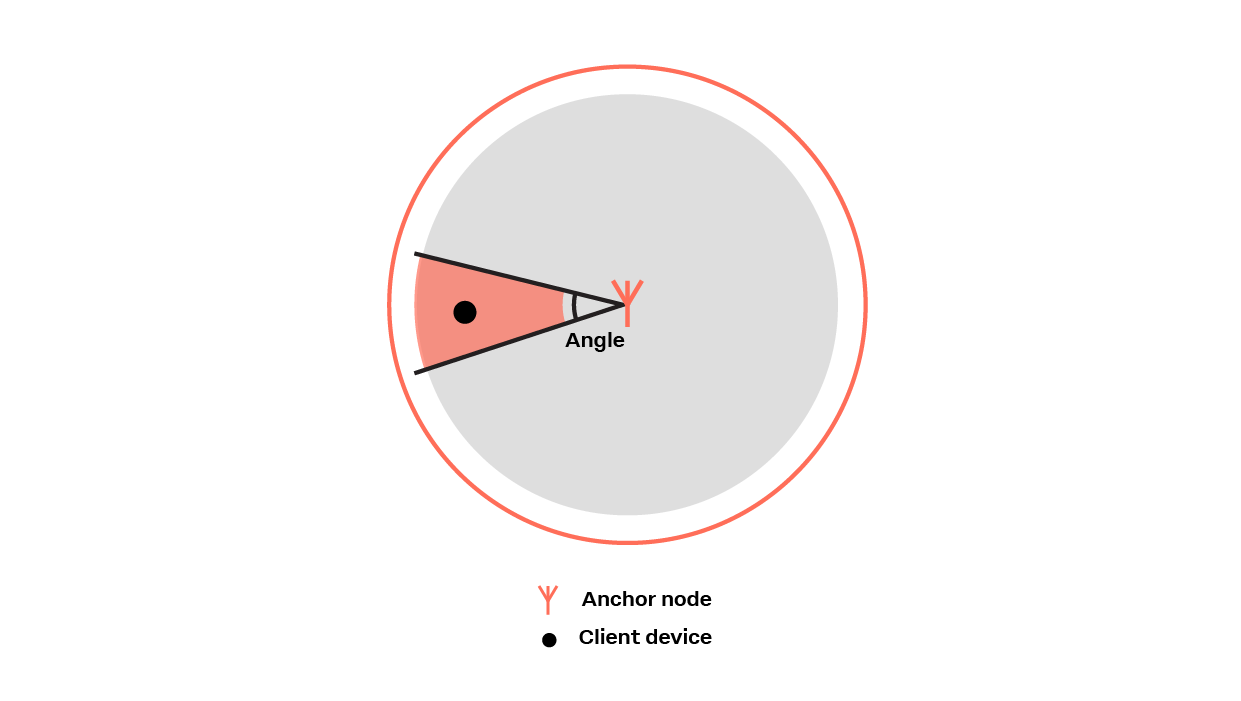 An indoor positioning setup may use a single anchor featuring a multi-antenna array. This setup can be used to determine, for example, on which side of a fixed anchor node the mobile client is located. 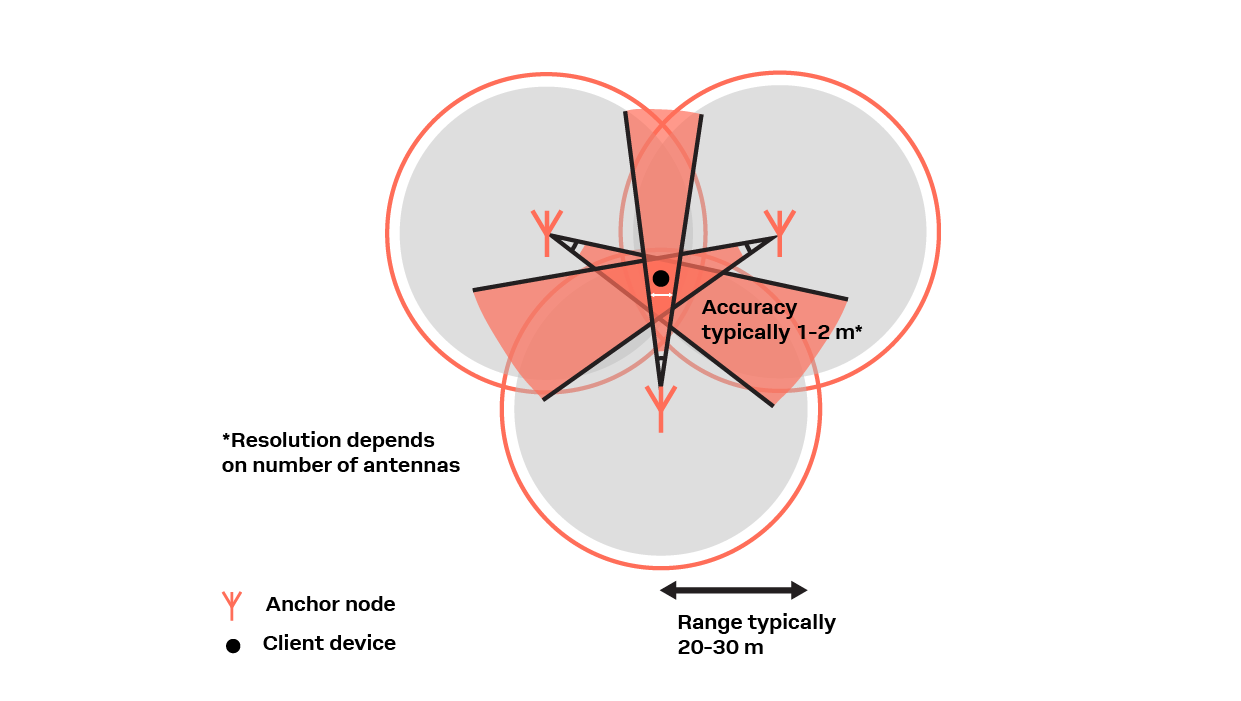 Multiple static anchors featuring multi-antenna arrays can be used to meet the needs of use cases with more demanding requirements in terms of accuracy. In this case, the position of an asset can be calculated accurately through triangulation, using the angle of the incoming or outgoing signals from several anchors and determining where they intersect.

Using the angle of arrival of the mobile tag's RF signal at four fixed anchor points, the positioning engine calculates the precise position of the moving device in real-time and displays it on the screen.

Indoor positioning solutions serve a broad range of use cases including logistics, healthcare, manufacturing, retail, and in warehouses and smart buildings. 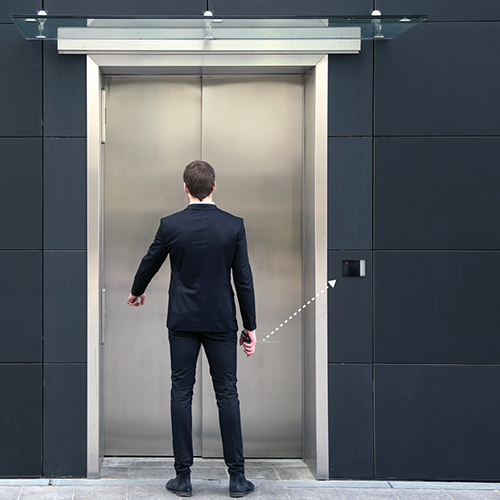 Angle detection makes it possible to determine on which side of the elevator a person is located. A building’s entrance control system can use this information to only open the elevator's doors when the person is directly approaching them, increasing security. 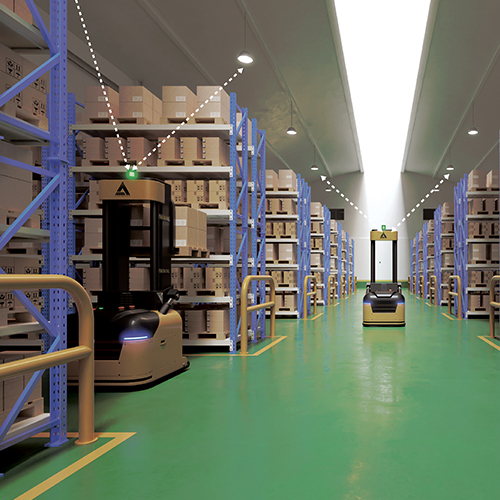 Bluetooth 5.1 and direction finding are supported by the latest u-blox Bluetooth modules including: 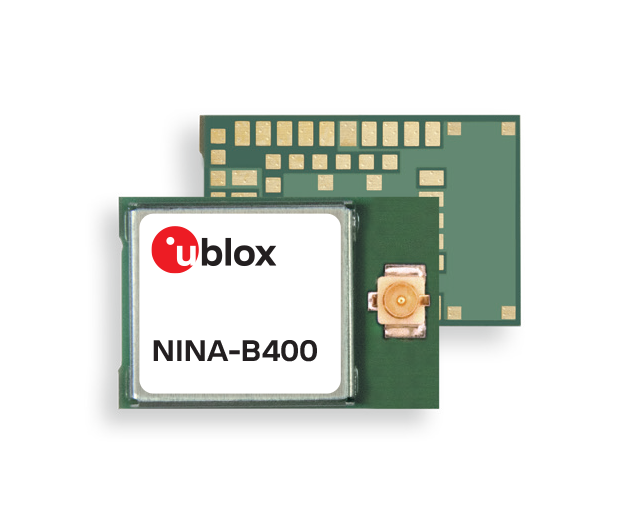 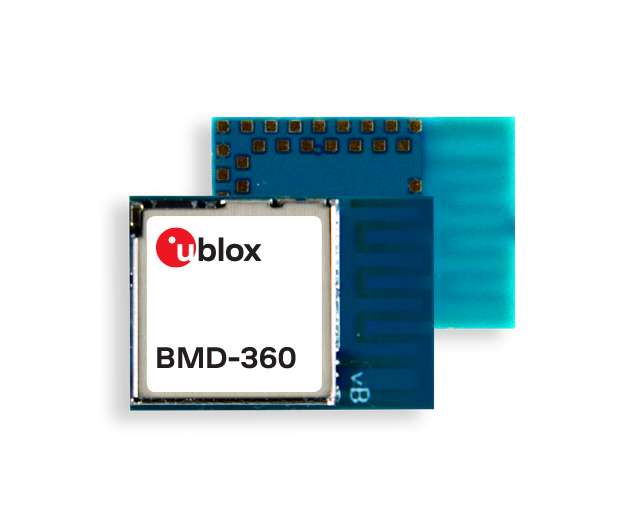 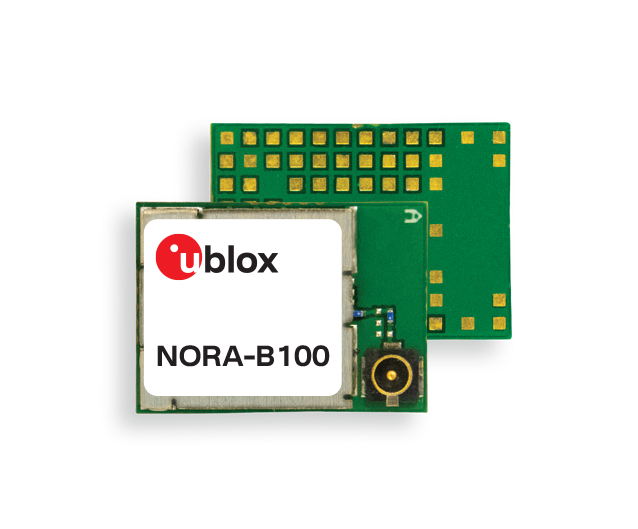