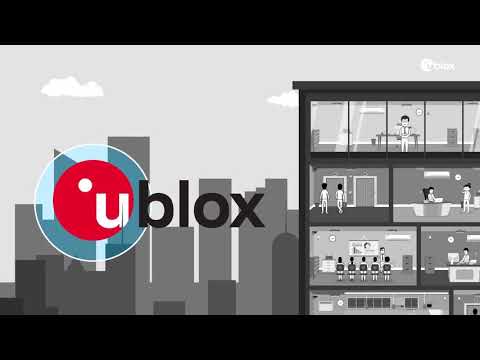 Bluetooth dynamically adapts its frequency hopping sequence – using adaptive frequency hopping (AFH) – to avoid channels potentially in use by other technologies. Automatic power control reduces the output power to levels required to keep connections and at the same time not interfere with other nearby 2.4 GHz radios (including other Bluetooth connections). Available for Bluetooth 5 long range and some Bluetooth Classic packet types, forward error correction (FEC) allows receivers to correct limited bit errors introduced in harsh environments. As a result, Bluetooth is particularly suitable for industrial, automotive, and medical applications, where the robustness it provides is crucial.

Bluetooth enabled device shipments reach more than five billion per year. Indeed, Bluetooth has become the standard for wireless connectivity between mobile devices, and is available in all smart phones and tablets. There are hundreds of applications for smartphones and custom hand held controllers that are used to manage or monitor other systems with embedded Bluetooth, as well as to share media, files, and information among users.

In Bluetooth LE, devices have peripheral and central roles. Once the connection is established, the devices form a master and slave topology similar to Bluetooth Classic. In the example above, the heart rate sensor acts as a peripheral/slave while the smartphone acts as central/master.

A profile is a specification describing a specific use case and is used to achieve interoperability between devices supporting the same profile. Two Bluetooth Classic enabled devices need to have the same profile implemented in order to connect. For instance, Personal Area Networking (PAN) allows two or more devices to form an ad hoc network, and the Serial Port Profile (SPP) replaces a serial communication interface.

GATT defines clients ("devices that want data") and the servers ("devices that have data"). The client and server exchange information to establish a dialog and to define the payload transport requirements and their repetition rates or event triggers. It is possible for both functions to reside within the same product: our u blox Bluetooth LE modules have both GATT server and GATT client roles implemented to provide design flexibility. It is also possible to define custom services. For instance, we have defined the u blox Serial Port Service to allow for reliable serial data exchange between Bluetooth LE devices similar to the Bluetooth Classic SPP.

The main addition in Bluetooth 5.1 is direction finding. Thanks to this feature, proximity and positioning systems can deliver sub-meter accuracies, enabling exciting new use cases such as indoor positioning, wayfinding, asset tracking, and point-of-interest information solutions.

From a technical perspective, these are implemented by determining the angle or direction of a sent or received signal using one of two defined methods, in which a positioning engine combines angular measurements from several so called anchor points to calculate a high precision position. 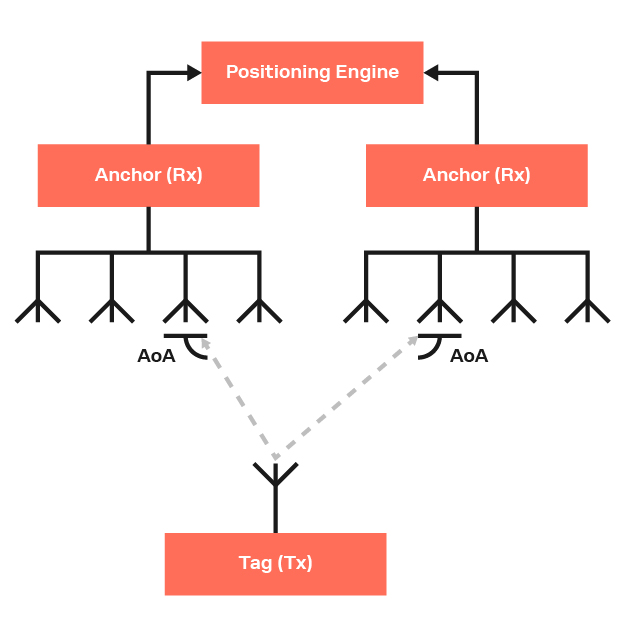 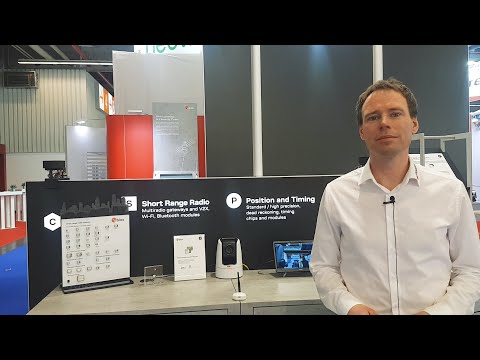 Bluetooth 5.2 introduces isochronous channels, which are primarily designed to support LE Audio, the next generation of Bluetooth Audio. Several use cases are anticipated, such as music sharing, hearing aid systems, and multi-language audio systems. But the feature is also applicable in a variety of industrial applications, where sending time-synchronized data to several devices is of essence.

The new LE power control feature makes it possible for Bluetooth devices to dynamically optimize the transmission power used in communication between connected devices. The aim is to improve overall system performance as well as to reduce power consumption.

Finally the enhanced attribute protocol - EATT - supports concurrent transactions with the aim to reduce the end-to-end latency of one or more applications and speed up responsiveness to improve user experience.

Bluetooth mesh extends the coverage area beyond that of Bluetooth 5 by letting nodes forward messages, acting as relays in a cooperative network.

Bluetooth 5 and Bluetooth mesh open up completely new applications for Bluetooth technology. Industrial sensor networks, building automation, street lighting, environmental monitoring, and many other use cases can be implemented using a single host node to collect, control, and manage data and the mesh network.

Overview of Bluetooth versions and their features

u-blox works to deliver products with the latest technologies and ensure that its portfolio is kept up to date by delivering firmware updates whenever appropriate. Find out how to upgrade u-blox modules to the latest releases on the Product Resources page.

For more information about what u-blox can offer with Bluetooth, check out the full u-blox Bluetooth portfolio. 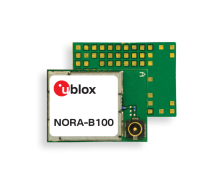 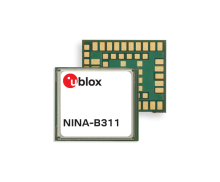 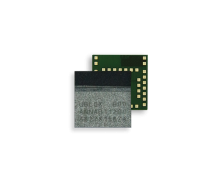 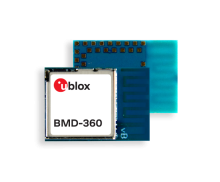 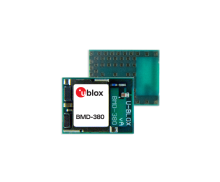 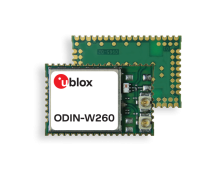