Drones are everywhere. But only one company, Sunflower Labs, has a fully-autonomous residential drone, the “Bee”, to help secure your home using ZED-F9P GNSS technology. The Bee is equipped with ultrasonic collision-avoidance sensors, precision GPS, and a crisp camera that livestreams everything it sees. The future of home security no longer sits on your front door, it flies around your property! 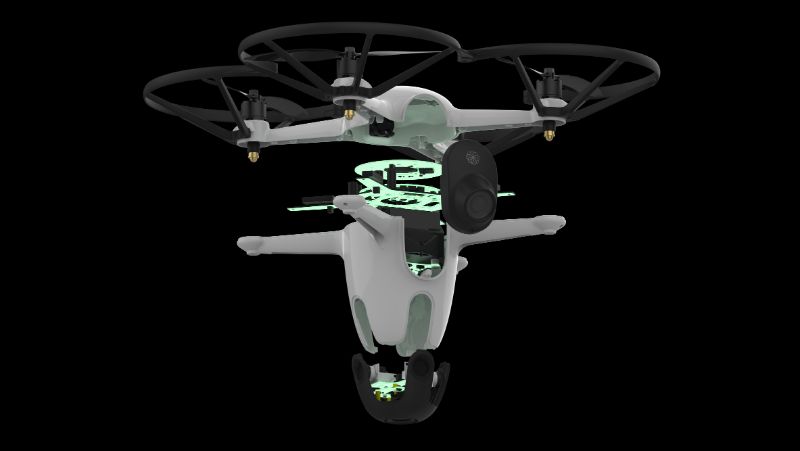 You could call it innovation at its best. Sunflower Labs was founded back in 2016 when Chris and Alex started to envision a product that no one believed was possible at the time. They were both frustrated with existing home security solutions and believed that with all the modern advances in security, something had to come along to fundamentally disrupt that market. With a great team and after years of work, their vision has become a reality. What started off as a crazy idea, autonomous drones providing security, came out as a ground-up design of an entire system, a drone designed and built by the team. Today, Sunflower Labs employs more than 20 people and is ready to take the US home security market by storm!

The intelligent security system is made up of three components that go hand in hand: the Bee (the drone), its Hive (its base station), and several Sunflowers (sensors). The Hive not only charges the Bee, but also acts as the brains for the entire system. Its inverted cone shape guarantees that the Bee lands properly every time and assures the charging points are in the proper position to deliver a solid charge. The Sunflowers contain a suite of motion and vibration sensors that detect suspicious activity. The Sunflowers are able to differentiate between people, animals, and cars, and the data they sense is displayed as a heat map of activity inside the app in real-time.

Sunflower labs had been using u-blox GNSS technology in the Bee from the very beginning. The system initially operated with standard GNSS receivers, followed by the more versatile M8N. Finally, u-blox F9 receivers became available, which improved performance even further by supporting centimeter-level navigation from local base stations or in a network RTK setup. 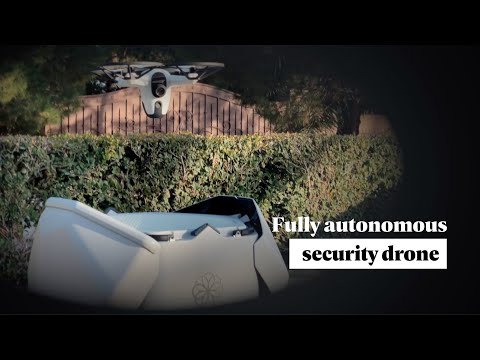 The challenge & the solution

Despite a fully operating system, there are external factors influencing the performance. Gusty winds, in particular, can spoil easily a precise landing. The standard specs for drone landings of 5-meter accuracy were not good enough to enable their solution – even in favorable conditions. Sunflower was aiming for a drone that could operate 99 percent of the time.

“What we were looking for was a seamless weather-proof solution, as the landing is the most critical element of the whole system. The ZED-F9P’s RTK setup, which relies on one GNSS receiver in the drone and another in the Hive, made it possible to achieve GPS accuracies down to the centimeter level, allowing the drone to get close enough to its landing station for the precision landing guidance to kick in. Also, the RTK in the Hive base station and the drone and the multiband offered faster convergence times which was the decisive factor for us to use u-blox modules” says Nicolas de Palézieux, Head of Robotics at Sunflower Labs.

No one can change the weather, not even engineers. But thanks to the expertise of the Sunflower Labs’ team and the performance of the ZED-F9P and its multiband RTK technology, the Bee has been able to operate in virtually all weather conditions with the exception of extreme storms and hurricanes. What is clear is that Sunflower Labs has a flying future ahead, security drones are indeed on the way, and Sunflower Labs wants to be at the forefront of both the consumer and commercial markets.