From the Apple Watch, to the Samsung Gear and Huawei 2, more and more smartwatches are popping up every day on people’s wrists. What started as a luxurious fashion accessory is becoming increasingly respected as a useful wearable.

Key to the smartwatches’ newfound appeal has been the increasing capability of today’s best devices. By incorporating onboard Global Navigation Satellite System (GNSS) positioning, the best smartwatches now achieve smartphone independence during workouts. And with recent improvements to the GNSS receiver’s energy efficiency, they can tuck the technology into a slim design, making them the ultimate all-in-one wearable.

The desire for smartwatches grew from the realization that having to take out and check our smartphones for every text message, notification, or navigational step was seriously annoying. By having a watch that could not only tell the time, but link us to our smartphones, we could stay in touch just by checking our wrist.

Ironically, as our phones have grown bigger, more powerful, and more integral to our daily lives, they’ve also become more cumbersome to carry around. While runners in 2017 may have been content to strap an iPhone 4 on their arm, doing the same with an iPhone 7 Plus would be quite a feat.

For smartwatches that’s meant that the obvious next step has been achieving smartphone independence. Having native apps and functionality like GNSS positioning that run right on the watch without requiring smartphone connectivity is useful for runners, hikers, and other athletes who don’t fancy carrying their phablets with them on their journey.

The Apple Watch Series 2 and the new Fitbit Ionic exemplify this new type of smartwatch. Besides iPhone notifications, turn-by-turn navigation, and onboard music storage, they also feature great fitness tracking capabilities courtesy of onboard GPS.

With smartphone independence in the bag, the next frontiers in smartwatch design are likely to involve size and, consequently, energy. Just as demand for ever more smartwatch functionalities is increasing energy requirements, demand for ever slimmer designs – which ultimately means smaller batteries – are forcing smartwatch manufacturers to up the ante in terms of energy efficiency.

The bulk of a smartwatch’s energy supply powers its GNSS receiver. The recently released u-blox ZOE-M8B GNSS System-in-Package (SiP), uses the proprietary Super‑E technology to reduce the power expended on positioning by two thirds compared to traditional GNSS receivers. On top of that, it is tiny. Measuring just 4.5 x 4.5 x 1.0 mm, it offers manufacturers a complete positioning unit that can easily be designed into any highly integrated device.

By incorporating the low-power consumption u-blox ZOE-M8B module, the next generation of smartwatches will be able to achieve smartphone independence with a slim design, fulfilling the promise of being the ultimate all-in-one wearable.

For more blog posts on wearables, see our posts on a great solution for GPS sports watches and a super‑efficient GPS module could become a game changer for fitness trackers.

You can also visit our microsite dedicated to Wearables. 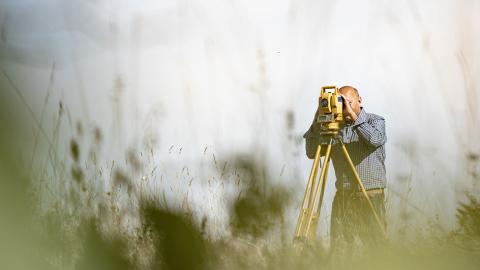