Two decades after it was first conceived, the Galileo global navigation satellite system is raining down its signals across the globe. u-blox, one of the few European-based manufacturers of GNSS receiver chips, also twenty years old this year, has been closely keeping apace with Galileo’s development through their joint history.

But first, why yet another GNSS constellation? What does Galileo offer that GPS, GLONASS, and BEIDOU didn’t provide?

The quick answer is that although eight visible satellites are enough to give reasonable position accuracy in suburban or rural settings, the story is different in obscured urban canyons. There, the additional visibility of Galileo satellites along with BEIDOU, GLONASS and GPS will increase the probability of achieving an accurate position fix.

But more importantly, Galileo is the first GNSS system designed for and focused on civilian needs of the European community, with benefits worldwide. Conversely, GPS, GLONASS, and BEIDOU are intended primarily for military use while offering civilian benefits. That means that administrations could selectively de-purpose each of those constellations from civilian use, potentially leaving Europe without a critical navigation and location service. While there are no current threats, the possibility of shutting down civilian usage is real. Galileo offers a solid, independent, European-controlled navigation system.

Galileo is unique in several aspects, offering services beyond basic “Where am I?” navigation. It also serves niche markets with “thin” signals suitable for extreme low-power receivers in wearable products, and “rich” signals for high-performance, high-precision products operating within a bountiful power environment.

Over the past two decades, Galileo grew from several disparate ideas in 1997 to a single concept that was accepted by the EU and launched as a viable project. Concept and funding issues that threatened its continuation in 2002, but the Galileo design team continued developing the technology, even as the Galileo space segment implementation was stalled. Despite these difficulties, they continually provided available technical specifications for Galileo signals, modulation, and message structure to encourage developers to consider Galileo-based receivers. u-blox, which had found rapid acceptance of its GPS modules, kept pace as specifications were released.

After years of incorporating GPS receiver chips from other manufacturers into their early micro-modules, u-blox celebrated the release of its own GPS receiver design with the u-blox 5 family of modules in 2007. Anticipating progress with Galileo, its R&D team had designed preliminary Galileo software that could be tested against Galileo signals.

Initially, Galileo was going to use the same frequency band and CDMA modulation technique as GPS, allowing u-blox 5 radio hardware, digital signal processing hardware, and software to support Galileo signals. But this meant that if the USA disabled the civilian GPS signal during conflicts, hostiles could still cruise into their targets using Galileo signals. Lively, intense, and occasional tempestuous political discussions ensued between the USA and EU, which eventually were resolved by a change to Galileo’s signal modulation scheme that isolated the systems while allowing them to coexist in the same frequency band.

Unfortunately, in 2007, the Galileo program suffered another financial/funding setback, and u-blox software for Galileo went from “ready to test” to “bookshelf ornament”.

While Galileo funding was sorted out, schedule delays allowed its core design team to add features and improvements to the system. These became a significant step forward in services benefitting commercial and private customers. In a key Search and Rescue feature, for example, Galileo transmits an acknowledgment of an emergency locator beacon distress call. The message broadcast from the Galileo satellites is captured and displayed by the emergency beacon to alert the people in distress that help is on the way.

u-blox engineers continued to track Galileo changes and updates, and maintained readiness through the next generations of u-blox 6 in 2009, u-blox 7 in 2013, and u-blox M8 in 2014. Then, in December 2016, ESA authorized Galileo Early Operational Capability. u-blox released its Galileo-ready u-blox M8 version 3.01 software and early adopters around the world sat huddled around their PCs, quietly watching u-center displays from their u-blox M8 module, rejoicing at the first detection of usable Galileo signals.

Here at last, the road for Galileo had been a tortuous trail to success. The future now appears easier.

On the security-front, Galileo is developing tools to counter fears of spoofing – a method used to falsify an asset’s location by fiddling with the GNSS signals it receives. By 2020, Galileo should have “authenticated” signal technology to mitigate its effects.

And high precision GNSS is also in their sights. In time, Galileo Evolution will support three GNSS frequency bands for concurrent multiband transmission, significantly increasing positioning accuracy by allowing to correct for the largest source of positioning error: ionospheric perturbations.

This alone will, however, not be enough to achieve centimeter-level positioning accuracy required by V2X vehicle safety systems and increasingly autonomous vehicles. While high precision GNSS services already exist today, they come at a hefty cost in the hundreds of US dollars, and the correction services involved are not applicable to mass-market applications.

Recently founded by u-blox and other companies, Sapcorda is seeking to fill this gap through the development a GNSS correction service specifically tailored to support high-accuracy mass-market applications, enabling centimeter-level accuracy where communications and sources of correction data are available.

u-blox will continue to keep pace with Galileo and other GNSS systems to support the myriad of new applications for safety, security, transport, and just plain location of “things.” 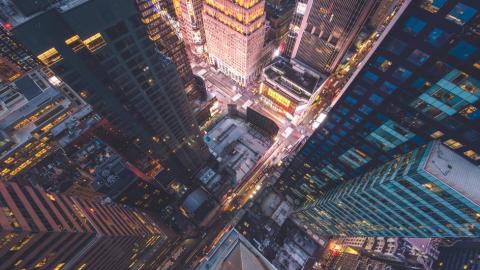 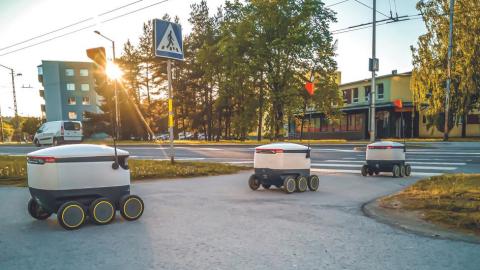