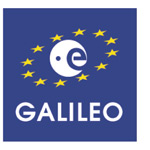 Thalwil, Switzerland and Munich, Germany – February 14, 2011 – u-blox and Rohde & Schwarz (R&S), a worldwide leading supplier of test and measurement equipment, have successfully concluded a simulation of the soon-to-be-deployed European Galileo satellite positioning system. The test, carried out with the R&S SMBV100A vector signal generator and its GNSS simulation options, verified the u-blox proof-of-concept and the compatibility of u-blox receiver technology with the Galileo transmission protocol.

The cooperation with R&S is also being extended to the Russian GLONASS satellite system which is targeted to be fully operational with 24 satellites in 2012.

“Our close cooperation with R&S has proven to be a valuable and strategic asset, allowing us to develop advanced satellite receiver technology well before the actual satellites are available” said Clemens Bürgi, VP Software Development at u-blox.

“u-blox, with its depth of expertise in GNSS technologies, has helped us to validate our satellite simulator technology,” said Andreas Pauly, Head of R&D Signal Generators Baseband at Rohde & Schwarz. “Now we have developed cutting-edge test equipment that simulates the protocol and physical layer.”