On paper, it couldn’t sound any more straightforward: all of the machines in a smart production system work in concert with one another. But just how up-to-date is the data that those individual sensors provide? Why is the data collected and analyzed first rather than being processed directly? The fact is that errors in the analysis can prove costly, or even dangerous. What can we do to solve this problem? 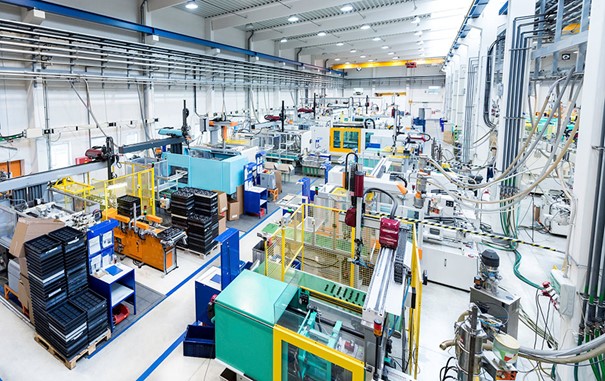 On paper, it couldn’t sound any more straightforward: all of the machines in a smart production system work in concert with one another. Sensors collect data that is used to determine the best way to manage the machines and to monitor quality. But just how up-to-date is the data that those individual sensors provide? Why is the data collected and analyzed first rather than being processed directly? The fact is that errors in the analysis can prove costly, or even dangerous. What can we do to solve this problem?

The problem has been around for some time. As far back as the introduction of the railways, it became apparent that failing to define a sufficiently accurate and uniform time in a network gives rise to misunderstandings and errors. In those days many of the small states in the area that is now Germany used their own local time, resulting in substantial time differences between Berlin and Cologne, Dresden and Düsseldorf, and Munich and Stuttgart. Anyone who travelled by train had to set their watch to the corresponding local time – even on shorter journeys – or they risked missing their connecting train or scheduled rendezvous.

Setting network times remains just as crucial now as it was in the 19th century. Today, however, the margins of error are considerably narrower, depending on the field of application. German railway company Deutsche Bahn still considers a train to be on time if it arrives up to six minutes behind schedule; by contrast, the margin for acceptable delays in IT and telecommunication networks is a few milliseconds at most. 5G, the fifth-generation mobile network often viewed as a precondition for self-driving vehicles, provides data transmission times (known as latencies) of less than ten milliseconds. This low latency should enable computer-driven vehicles to react quickly and prevent accidents to the greatest possible extent. Production networks present similar challenges. Smart factory systems, in which one machine relies on the output of another machine and production errors need to be quickly identified and immediately rectified, require data transfer times to be kept to a bare minimum – and data analysis to be delivered exactly on time. 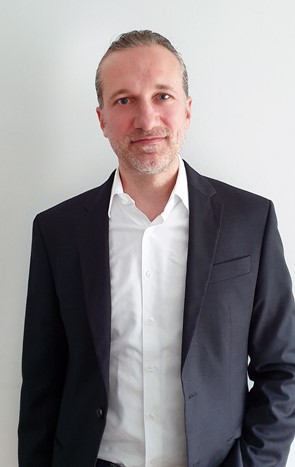 Synchronizing data transmission across a production network is easier said than done. The sensors and actuators in a wide range of machines produced by different manufacturers can come equipped with different networking technologies. These include Ethernet, WLAN, private mobile networks used to create a local campus network solution, or even the public mobile network – there are a whole range of different solutions designed to link machines to a network.

5G campus networks are becoming increasingly important in production. 5G is the first of the wireless technologies to be able to guarantee the same level of quality regardless of the networking technology used, and it does so dynamically – even on the go. This makes it possible to connect large parts of the technology in the production network without any expensive and inflexible wired connections. “Once a campus network is in place, it doesn’t take long before other potential applications are identified,” confirms Frank Schmidt-Küntzel, Business Owner for Campus Networks at Telefónica Germany. “For example, once you have a campus network, you can quickly and easily add sensors or high-definition cameras for diagnostics and maintenance. In logistics, it’s more about the next generation of autonomous mobile robots (AMRs), retro-fitting automated guided vehicles (AGVs), and developing automating stocktaking processes,” he adds. 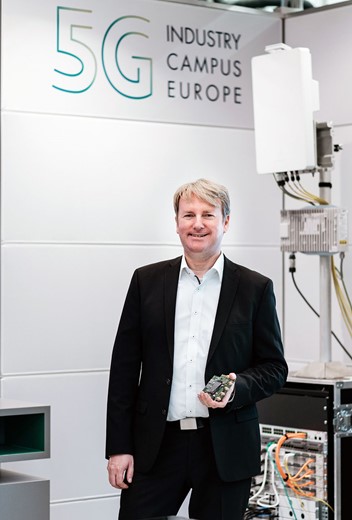 As things stand, however, most factories will use a combination of different networking technologies for at least the foreseeable future. This creates an extra layer of complexity to synchronizing the data collected in networked production systems: in addition to the issue of the specific latency, or the length of time it takes for a particular networking technology to transmit data within a system, there is also the problem that the different devices are not in sync.

Scientists and technicians at the Fraunhofer Institute for Production Technology (IPT) are working intensively on the challenges inherent to the smart factory, including synchronization. It is home to the highly regarded 5G-Industry Campus Europe where the potential applications of 5G as a mobile radio standard for industrial production are researched on and explored. “In essence, 5G offers low latency and is thus very well suited for use in production,” says Niels König, Head of Department Production Metrology at Fraunhofer IPT. “You have to be able to react immediately if a cutting tool breaks in a milling machine, for example. 5G facilitates such rapid responses.” Alongside the use of suitable networking technologies, edge computing is another development that enables fast reactions. Instead of transmitting data to a server for analysis and subsequently sending control commands to the machine – a process that inevitably takes time – edge computing allows for data to be collected, analyzed, and used to manage the machine directly on site.

While this makes it possible to react quickly, it doesn’t resolve the issue of having to ensure uniform network synchronization in instances where several networking technologies are used in the same system. “If, for example, we want to create a digital twin of a factory, we have to perfectly synchronize data from different sources such as sensors or machine tools, regardless of the technology used to transmit that data,” König explains. “As such, every piece of data has to be given a time stamp that refers to exactly the same time across all data sources.” So how can we achieve true temporal synchronization? The answer is to develop a common network that is solely responsible for setting the time at all endpoints in the system.

The Swiss company u-blox has integrated a technology into its cellular connectivity module SARA-R5 that makes it possible to use a mobile network to manage this synchronization. “An LTE or 5G network has to be perfectly synchronized in order to function and transfer connections from one base station to the next,” explains Ludger Boeggering, Senior Principal of Application Marketing at u-blox. “We’ve developed our own chipset that gives us full access to the system at every level, which enables us to provide very precise data on time. This means that all devices that are fitted with one of our chips and connected to a particular mobile network can be perfectly synchronized with one another.” What sets this solution apart is that it can be used to synchronize the devices connected to a particular mobile network either at a local level, i.e., over short distances, or over long distances. At the 5G-Industry Campus Europe site at the Fraunhofer IPT Institute in Aachen, for example, Telefónica’s LTE-M network ensures that the machines and their data are fully synchronized.

“The system linking the machine, our mobile communications modules, and Telefónica’s mobile communications network not only works in the context of a manageable campus, but can also be used to synchronize energy producers and consumers, for example,” Boeggering adds. High-precision synchronization can also help to detect leaks in a pipe system. For instance, highly sensitive microphones could be used to listen for the sound of water dripping from underground pipes laid perhaps a kilometer away. The more synchronized the microphones are, the easier it becomes to accurately pinpoint the source of the leak. “Every centimeter makes a difference here – you don’t want to tear up ten meters of road just to patch up a tiny hole,” explains Boeggering. Used in conjunction with the Telefónica network, u-blox technology enables synchronization that’s accurate down to the last few microseconds.

Niels König is equally convinced and enthusiastic: “During our work on the EU’s 5G-SMART project, which involves developing 5G solutions for industrial applications with several partners, we were faced with the issue of how to merge data from a 5G sensor used for process monitoring during milling with position data collected from the milling machine itself, which uses an Ethernet cable. The obvious solution was to integrate u-blox technology into the sensor and, at the same time, develop a compact, stand-alone system for the machine. This was initially intended to be a workaround, but we quickly realized that using this solution makes perfect sense if a synchronization based on GNSS (global navigation satellite system) is unavailable, for example in a building, or if it is too much effort to use time-sensitive networking (TSN). The solution works everywhere with LTE-M coverage. Our high-precision time stamps make it possible to implement the system for use with quasi-real-time applications, even in instances with higher latency, such as when relying on public 4G or 5G networks. This provides a drastic increase in the value of using public networks for industrial applications.” He continued: “We are happy to receive enquiries and look forward to discovering which other applications can still benefit from synchronization.” 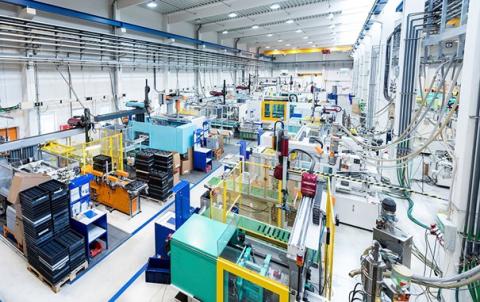 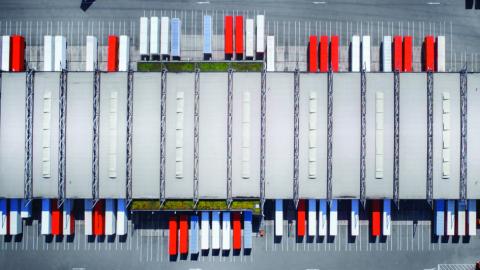