Saving lives on the road with vehicle-to-everything (V2X) communication.

Not only will V2X make our streets safer, it will also reduce traffic and enable future autonomous applications on the road – and beyond.

By connecting your car to the vehicles and roadside infrastructure around it, V2X technology is about to transform mobility as we know it. With increased awareness of every nearby vehicle, including those that lie out of sight, your car will be able to actively reduce the risk of accidents and improve traffic flow.

Based on DSRC/ 802.11p, V2X directly connects vehicles to each other, to other road users, and to road-side infrastructure. Following a series of successful pilots around the world and adoption by several automakers, the technology has demonstrated its preparedness to enable V2X communication today.

In its recent report ”Intelligent Transportation Systems Market Data, QTR 4 2017,” ABI Research is projecting DSRC/802.11p to reach an accumulated volume of 157 million units from 2018 to 2026 for new cars in the core markets US, EU and APAC, with an estimated total of 206 M units when smaller regions and aftermarket volumes are included.

Some initial applications that V2X will enable include:

By communicating with each other, vehicles will share a common perception and awareness of other traffic participants, making roads safer.

Traffic managers will be able to leverage data collected by connected Road Side Units (RSUs) to assess and manage traffic in real time to prevent congestion before it forms, reducing CO2 emissions and shortening commutes.

Autonomous driving will depend on V2X communication in scenarios in which cameras and other vehicle sensors are unable to detect vehicles. Examples include when vehicles are too far away or out of sight (around the corner), as well as when visibility is poor, due, e.g., to bad weather.

V2X is also considered in numerous use cases that extend beyond our roads, including mining, agriculture, rail transport, and unmanned vehicles/drones. 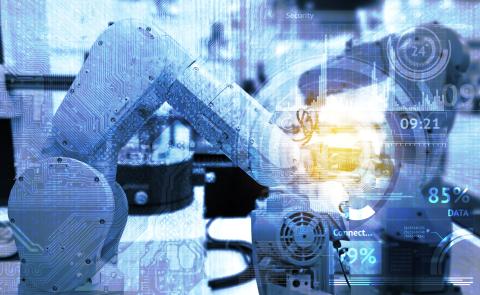