Healthcare is fertile ground for digital innovation. In fact, it’s hard to come up with a single facet of healthcare that technology cannot improve. In search of a replacement kidney? An online registry could efficiently match donors with those in need of a transplant. Afraid of spending the last years of your life in a retirement home? Smart home technology, assisted living solutions, and virtual health services can extend your autonomy by years. Need more human interaction with your healthcare provider? Digitalization can take over time-consuming, impersonal administrative tasks and free up their schedule.

Across the sector, new ideas are taking root. The transformation is being driven by fast-paced advances in wireless connectivity, data sensing, and edge, fog, and cloud computing, as well as by improvements in the abundance, availability, and analytics of data. And while uptake of digital technologies has been slower in healthcare than in other markets, the ongoing COVID-19 pandemic has demonstrated how quickly patients and healthcare providers are capable of adopting new technologies when adoption is the only viable option.

In what follows, we’ll take look at five problems we’re likely to face far less often than today, and the technologies that will help us get there.

Misplaced, delayed, and lost items (and, sometimes, people) are common and pernicious speedbumps across the healthcare industry. Imagine the gains to everyone involved if all the hours waiting for shipments, looking for devices, and tracking down patients and personnel were put to productive use. And while it may seem illusory, there is a technological solution to the problem that is feasible today but has yet to be implemented on a large scale.

Seamless positioning combines multiple technologies to offer a location service that delivers the best available position estimate regardless of an object’s or person’s location. Outdoors, it could use satellite-based positioning when available, combining it with course-grained cellular network fingerprinting cellular technology-based positioning, or, when available, finer-grained 4G and 5G-based positioning approaches that locate receivers by analyzing signal travel times to nearby cell towers. Dead reckoning solutions leveraging inertial sensor measurements could further improve accuracies and bridge transient gaps in coverage.

“Seamless positioning combines multiple technologies to offer a location service that delivers the best available position estimate regardless of an object's or person's location.”

Indoors as well as outdoors, cellular network fingerprinting could be augmented with Wi-Fi access point and Bluetooth beacon fingerprinting for increased resolution. And when extremely high positioning accuracy is required, Bluetooth-based direction-finding can track down devices to where they are on a shelf, granted that the required dedicated infrastructure is available to enable the new angle-of-arrival or angle-of-departure indoor positioning approaches.

With low power wide area (LPWA) connectivity growing its footprint by the day, and satellite-based cellular connectivity on the horizon, it’s only a matter of time before seamless positioning solutions let the healthcare industry benefit from equally seamlessly tracking
solutions.

Expertise is valuable, presumably because it is so difficult to acquire. It will likely remain so until we develop brain-computer interfaces that let us download expertise from the internet like Neo in the movie Matrix. Know-how, on the other hand, is easier to share, and what better way than by having it explained visually, in person. Ultra-reliable low latency cellular communication is slated to roll out in the coming decade as part of 5G cellular networks. As a result, augmented reality (AR), in which images are overlaid over the physical world, and virtual reality (VR), in which the physical world is blended out entirely, are likely to experience a flurry of innovation. The outcome will be increasingly sophisticated solutions that are perfectly suited to a host of healthcare applications.

Surgeons, for instance, will one day be able to practice complex operations virtually before heading to the operating theater. Once there, they could be guided through the entire procedure visually by an image projected onto smart glasses or, potentially, straight onto their retina. And surgeons won’t be the only ones to benefit. Medical students in training could enjoy highly immersive physiology courses in which they dissect virtual subjects. And laypeople at the scene of a medical emergency could receive on-the-spot training to help resuscitate a victim, deliver a baby, or care for an open wound.

With sufficient reliability and low latency, the same technology could eventually make it unnecessary for surgeons to be in the same rooms as their patients. Rather than operating directly on their patients, they could do so via the intermediary of a surgical robot. It may still take years for remote surgery to become mature, but, eventually, the hype will give way to actual implementations.

It’s no wonder that people are sensitive to health data privacy and confidentiality issues. Already today, medical records have a going rate of up to $1000 on the darker corners of the internet. According to an article on Security Boulevard, stolen healthcare records can be used to make fake medical claims, extort the victims by threatening to make public damaging information, or engage in other forms of identity theft.

But as more and more data is aggregated on the same platforms – and the trend will only accelerate as 5G gains traction – these concerns will only become more justified. The reason is clear: there’s only so much information to be gained from studying, say, someone’s heart rate. But combine that with body temperature, motion, shopping habits, and medical records, and others can quickly know more about you than you would feel comfortable sharing.

“End-to-end security, from the sensor to the cloud, is one vital element in ensuring that data is not intercepted or otherwise tampered with.”

It’s unlikely that the push towards increased sensing, aggregation, and analytics will reverse anytime soon. Finding a way to square the circle of making data available while at the same time protecting security and controlling who has access to it will only become more important. End-to-end data security, from the sensor to the cloud, is one vital element in ensuring that data is not intercepted or otherwise tampered with.

Distributed ledger technology (DLTs) of which the Blockchain was one implementation, is another. DLTs have made strides in terms of their maturity in the years since the hype around them peaked. According to a report by consultancy Deloitte, the Blockchain will have a transformational impact on the healthcare sector, with a prime application area being digitalized health data. In particular, platforms based on DLTs can be designed to ensure that data is stored securely, in an interoperable format, with patients in full control over who does what with their private data.

A brain and then some

Sometimes, simply getting the question right is the hardest step in solving a problem. When our human capacity is stretched to its limits, technology can potentially come to the rescue, in the form of artificial intelligence. Considered as having the most transformative, far-reaching impact on the healthcare sector by many, artificial intelligence will soon assist humans in myriad ways. As Dr. Bertalan Meskó a.k.a. the Medical Futurist puts in on his vlog, artificial intelligence will be the “stethoscope of the 21st century,” and it will become widespread faster than we can prepare for. Artificial narrow intelligence, the subclass of artificial intelligence that relies on machine learning or deep learning to “teach itself” a very specific skill, will be exploited across the healthcare sector. By analyzing millions of data points, including medical imagery, written patient records, and scientific research, artificial narrow intelligence will outperform doctors in analyzing radiology images. It will usher in an era of precision medicine, when treatments are tailored to the unique genetic and behavioral properties of each individual, rather than to the standard average human being. And it will revolutionize the painstaking process of drug creation, from the initial design of active compounds to the clinical trials used to test them.

If ubiquitous positioning, mixed reality, the blockchain, and artificial intelligence have anything in common, it’s the fuel that powers them: data. With demand for wireless data communication on the rise across all sectors of society and the economy, 5G, the fifth generation of wireless communication technology, will provide the necessary bandwidth, coverage, and ultra-reliable, low latency communication that will serve as the backbone of the next generation of healthcare technologies. Exactly which solutions will emerge from the confluence of these enabling technologies is impossible to predict. But it’s safe to guess what they will deliver to our healthcare system: better, smarter, safer care. 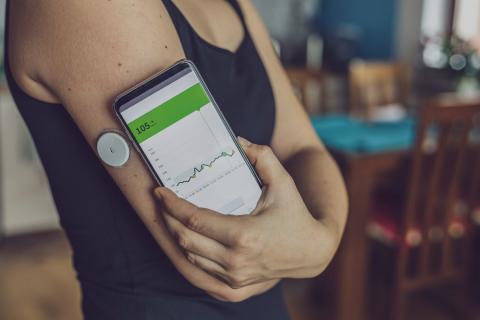 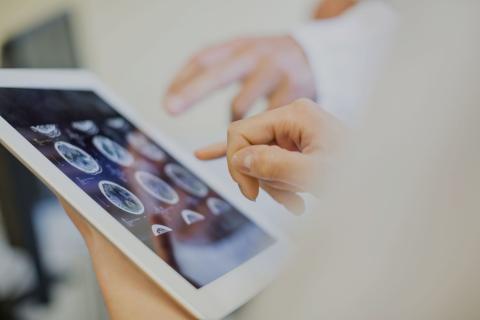 The digital transformation of hospitals 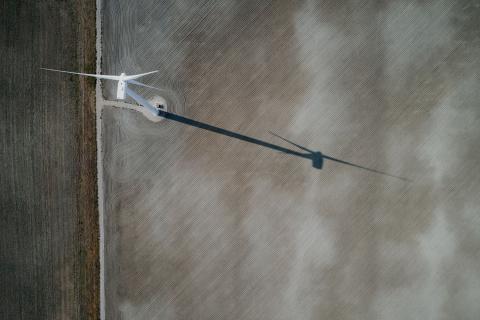 Back to homepage of the magazine