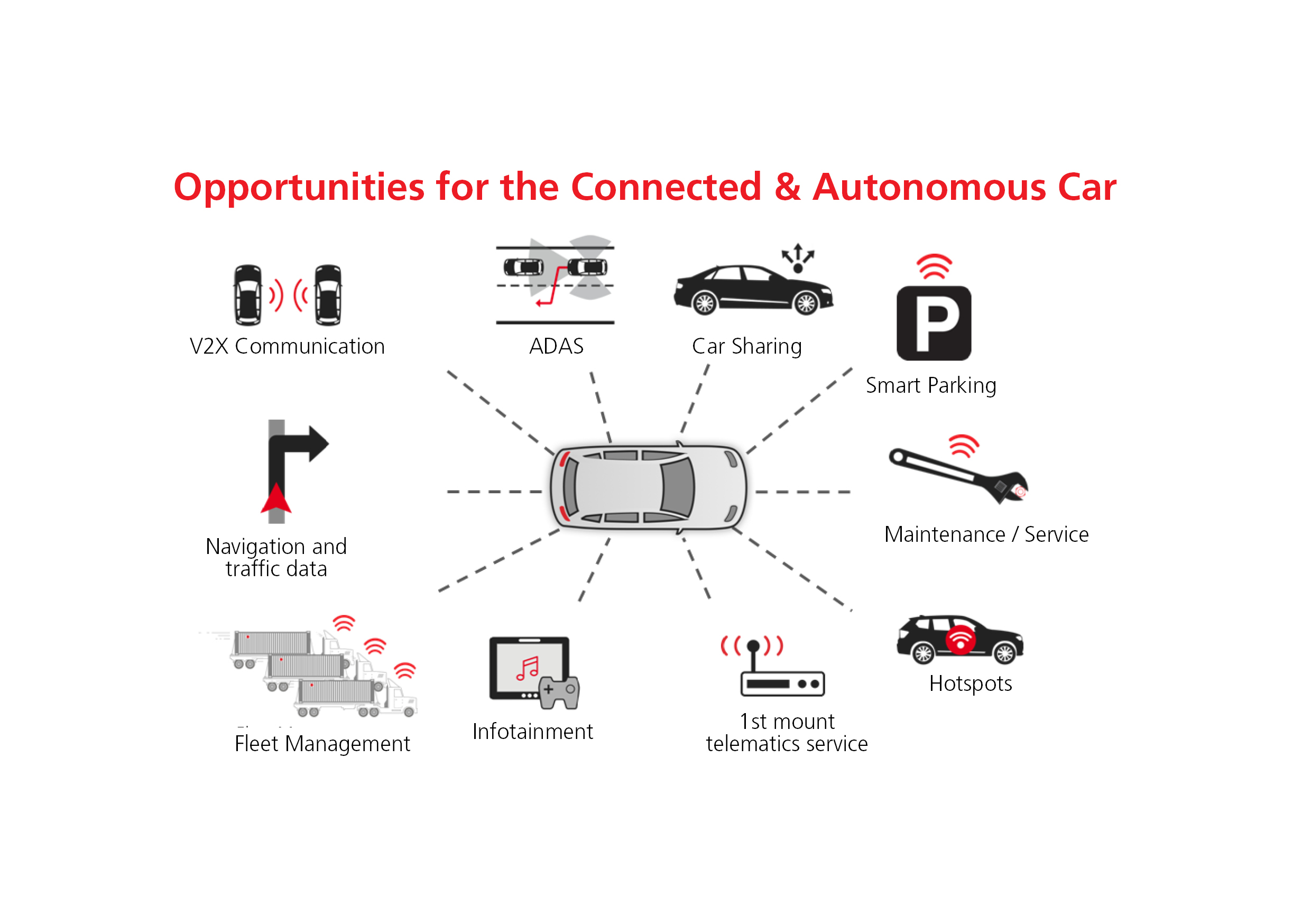 In January 1886, Karl Benz filed patent 37435 at the German Patent Office, which was subsequently granted in November. It was for a 954cc vehicle, called the Motorwagen, that was able to deliver less than one horsepower and operated with just one front wheel. To put this into context, a 1.0L Ford Fiesta is capable of producing up to 138 bhp. In short, the Motorwagen’s handling was terrible, its ride was even worse and the less said about its hill-climbing ability (it couldn’t climb hills at all!), the better.

While there are several contenders, Karl Benz’s Motorwagen is usually accepted as the ‘first car,’ which means the car industry will be celebrating its 130th anniversary later this year!

A solid 130 years of innovation have changed things greatly and the last few years have seen immense changes through the introduction of advanced electronic control and wireless communication systems. Currently, one of the most important drivers behind these types of innovations is communications, and more specifically, LTE.

LTE in the car – extending and securing functionality
BMW was among the first to announce LTE integration in their vehicles (2012) and since then, a plethora of car manufacturers - from Audi to Vauxhall (GM) – have launched vehicles that make use of this technology.

One of the driving forces behind LTE was the popularization of the smartphone. As more people were bringing their phones into the car to manage maps and entertainment, car companies couldn’t ensure that the user interface was safe to use. Figures from the US government said driver distraction led to 25% of all accidents and 16% of fatalities (approx. 6,400) in 2012. These figures were also backed up by the 2011 UAE Blackberry outage, which correlated with a 20% reduction in accidents in Dubai and a 40% reduction in Abu Dhabi (where the company had 44% market share). It should also be noted that opening a wireless communications channel into the car requires that channel to be secure and hardened to prevent hacks and other cyberattacks on the vehicle itself.

Embedding LTE directly into the car not only allows the user to integrate phone functionality and entertainment (including Video and Audio Streaming applications) into a user interface specifically designed for usage while driving, it also enables any car to be set up to the driver’s particular preferences. Routes can be updated in real time to avoid road work, hazards and traffic, while ensuring that fuelling/charging stops are built into the route based on the amount of fuel/energy in the vehicle. In many cases, the cost per gallon at various filling stations (or per kW) can also be calculated. In fact, customers require this kind of functionality and connectivity in all electric cars, as any uncertainty frequently lead to “Range Anxiety”.

There are even greater possibilities for benefits from ubiquitous and real-time connectivity; an example is parking in urban environments, where the ability to find a parking space significantly contributes to miles driven (which in turn affects pollution levels) and time spent in the vehicle, along with driver aggravation. In some areas, time spent looking for a parking spot is estimated to be up to 30% of the total driving time!

Connected Car applications for cars and fleet vehicles
While LTE is enabling possible revenue streams from vehicle-integrated infotainment, the real money may actually come from apps for fleet managers - and not just for logistics fleets. According to ABI’s automotive analyst, Nick Ford, the concept of owning the vehicle you drive is an anathema to a rapidly growing number of young, city-based drivers. Car clubs have emerged to meet this need, with Fleet News suggesting that each fleet vehicle takes 24 private vehicles off the road and saves a driver who does fewer than 7,000 miles a year up to £3,500.

This has resulted in the development of various Car Sharing applications that put LTE connectivity and the Internet of Things (IoT) at their core. These include driver monitoring systems that can adjust insurance premiums and usage for drivers using car-clubs, as well as maintenance and monitoring systems that check the condition of key components - from simple mileage reporting to ensure customers are billed correctly and the vehicle is serviced regularly, to tire-tread depth, oil levels and emissions monitoring. All these data points contribute to reduce the cost of sending out a technician to check vehicles regularly.

Fuel-efficiency and emissions reporting
Last year’s emissions scandal, in which VW was caught using software to misrepresent their cars' efficiency figures, highlighted that we rely too much on car companies honestly reporting such data. Using a communications standard like LTE-M, would allow local authorities to accurately capture real-world data and tier car taxes accordingly.

For example, in China, all electric cars enjoy significant tax breaks and are required to have connectivity in order to verify time spent in all-electric mode.

Autonomous cars
From Apple to Volvo, many major car companies are reportedly focusing on developing truly autonomous vehicles, which will reduce accidents and congestion, while improving the environment through optimized driving.

While still years away from being widely available, systems that help avoid crashes are currently in development or in initial production and communications is playing a vital role here. Given the risks, latency is among the most important aspects of such a communication system (with a required maximum of about 20ms).

LTE’s ubiquity (since it is already integrated into many cars and millions of smartphones, making it relatively inexpensive to roll out further), coupled with its low latency (LTE-M has a latency of just 10ms), means it is likely to play a key role here, both for communicating with other vehicles and road infrastructure (alerting vehicles of congestion or other dangerous conditions ahead).

This role is likely complimentary to other V2X technologies for localized or V2V communications (such as 802.11p/DSRC). Future LTE standards also expand these capabilities with direct communications between LTE modules, even without network involvement.

LTE modules are also being coupled with lane level accuracy GPS (GNSS) functionality, including 3D automotive dead reckoning technologies, to allow for continual positioning even when GPS signal is blocked by tunnels or when a vehicle is in a garage or in an urban canyon.

Summary
Connectivity will be at the heart of every major automotive innovation for the foreseeable future. LTE will do much more than just enable infotainment systems, but also assume a key role in the delivery of a safe, autonomous driving experience. The Connected Car integrates communication technologies to eliminate potentially fatal distractions and enables cars to communicate with other vehicles and devices, as well as the surrounding infrastructure, in order to optimize the driving environment. LTE is already playing a key role in this vision and, as the level of connectivity increases, so will the role it plays.