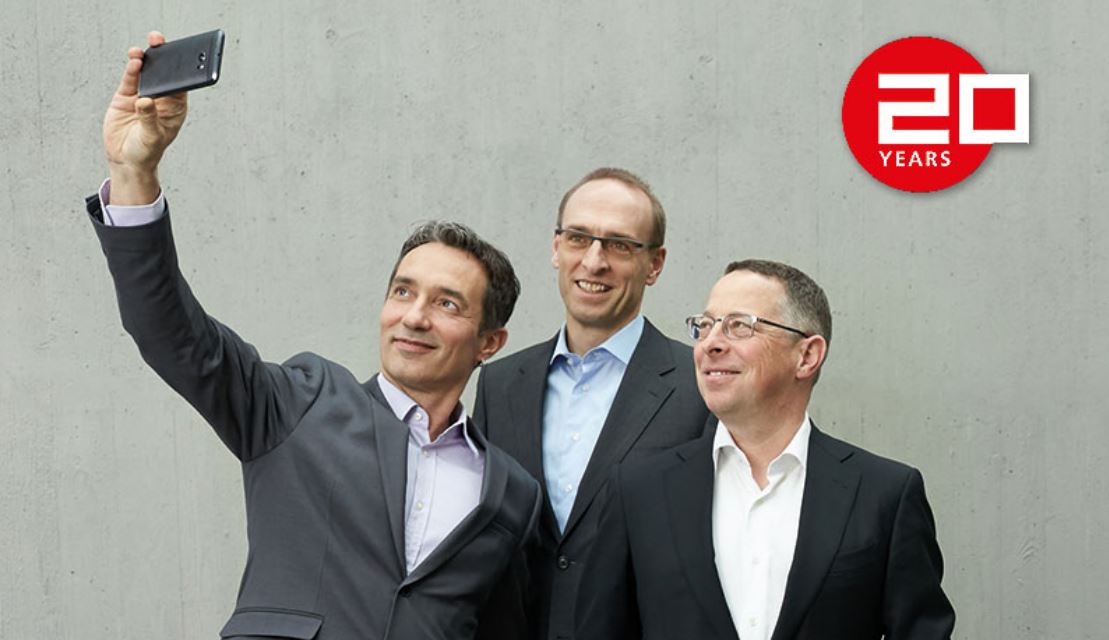 1997 – Daniel Ammann, Jean-Pierre Wyss and Andreas Thiel invented the world’s smallest GPS module as part of their post-graduate research at the Swiss Federal Institute of Technology (ETH). The idea was as simple as it was ingenious and, within a matter of months, they teamed up with their professor and a well-wishing mentor and investor to found u-blox.

The first success was not long to come: the Swiss toll system for trucks was equipped with the technology provided by u-blox. This milestone in the company’s history immediately achieved commercial success and a global sales organization was created. The successor to the company’s first product also went beyond what was deemed possible at that time. The u-blox TIM module went on to establish itself as the de-facto standard for GPS receivers in industrial applications.

u-blox did not rest on its laurels, but decided that it wanted to work independently of semiconductor providers. At the turn of the millennium, it started to develop its own positioning chip. The risk of realizing this idea was enormous, as the semiconductor technology of the time was barely able to deliver the features required to produce a system as complex as a GPS receiver on a chip. u-blox therefore surprised the market by announcing the first GPS chipset of its own in 2002. In the same year, Thomas Seiler joined the company as CEO, a further important cog in the machine that would go on to secure a successful future.

Encouraged by the fact that success was possible in peripheral technical and economic areas, the management team drove the company on to further achievements. The u-blox 5 platform was introduced in 2006, a perfected chipset that was produced in a partner factory as part of a direct supply relationship.

Through its continuous commitment to innovation and product development, u-blox achieved impressive financial results and marked the company’s tenth anniversary in 2007 with a successful IPO on the SIX Swiss Stock Exchange.

The urge to make new discoveries and develop new products became part of the u-blox DNA. In 2009, the company decided to add wireless cellular communication technology as a further pillar to its positioning offering. Thanks to strategic company purchases, the foundations were laid to provide the knowledge required to develop new products and the requisite resources for their successful distribution. The market launches of cellular radio module series, such as LEON, LISA, and SARA, further demonstrated how economic success can be achieved with entrepreneurial courage, clear vision, and technical excellence.

Following this rapid growth, one may have expected a period of consolidation. However, the u-blox DNA shone through and the company’s Executive Board – still including the original founders from 1997 – together with CEO Thomas Seiler and CFO Roland Jud, took the next step towards a future shaped by wireless communication. In 2014, u-blox added short range radio data transmission based on Bluetooth® and Wi-Fi technologies to its portfolio.

The ability to offer combinations of wireless communication underlines a further strength of the u-blox mentality today: u-blox employees understand the overall systems of their customers in which the chips and modules are used, without competing with these customers in their area of core expertise. This allows u-blox to provide expert, independent advice.

Over the last 20 years u-blox has grown from a handful of employees to an international public company with more than 900 employees worldwide. Despite its growth, there has been no change in the company’s research mentality and constant state of inquisitiveness and the u-blox entrepreneurial and pioneering spirit is still reflected in its day-to-day activities. And, as was the case in 1997, the founders Daniel Ammann, Jean-Pierre Wyss and Andreas Thiel still agree: the best is yet to come!