Several wireless technologies have emerged to enable the huge array of IoT applications that are set to explode. And while there are many differences between them, they can roughly be separated into two discrete groups: proprietary solutions operating in an unlicensed spectrum and those operating in a licensed spectrum.

Here we take a quick look at these and examine some of the key reasons why it is worth waiting for licensed spectrum standards.

Among the first Low-Power Wide-Area (LPWAN) technologies to market were the proprietary standards of Sigfox and LoRa. Sigfox, developed by the French company of the same name, uses unlicensed  spectrum (industrial, scientific and medical (ISM) radio bands) to carry the small amounts of data required for IoT, transmitting up to 140 12-byte messages per day over distances of about 30-50km in rural areas and 3-10km for urban areas. Distance for outdoor objects in line of sight can travel over 1,000km.

Similarly, LoRa (developed by Semtech, and backed by an industry alliance) promises the ability to deliver national networks of IoT devices, for both infrastructure and personal devices, with secure communications. LoRa also transmits over large distances at data rates ranging from 0.3 to 50kbps. (Data rates are set for each end device individually to maximize battery life and network capacity.)

One advantage these LPWAN technologies have over licensed spectrum solutions is that they hit the market early. Some, however, are drawing parallels to the now “highly niche” 4G cellular standard, WiMax.

As Stefan Kindt, Head of Technology Marketing at Nokia Networks says in his blog “Is Sigfox/LoRa the new WiMAX?”, WiMax enjoyed several advantages over HSPA+ and LTE. It had major support from the 400-member WiMax Forum. It had, as Kindt puts it, “a strong internet-centric and device-focused ecosystem” and, coming out in 2008, it had a timing advantage over HSPA+ (2009) and LTE (2010).

“We now see a similar discussion happening around Sigfox, LoRa, and other alternative Low-Power Wide-Area (LPWA) access technologies for the Internet of Things (IoT). The availability of 3GPP Rel. 12 Cat.0 technology with power saving mode is a big step forward, [however] the key step will be the availability of 3GPP Rel. 13 technologies. Early-birds are great to stimulate the ecosystem and drive competition. However in the long run, it looks like the 3GPP evolutionary path for existing mobile networks will win the race.”

Narrowband IoT (NB-IoT), on the other hand can be deployed in-band and use the resource blocks within a normal LTE carrier as well as those in the guard-band. Additionally, it can also be used “standalone” to enable deployments in dedicated spectrum.

In September 2015, the 3GPP announced it as part of its Release 13, saying the standard has “very broad industry support”. The standard, which can be rolled out on existing infrastructure with a firmware change, is compatible for deployment in 3G and LTE spectra and efficiently handles the small amounts of infrequent 2-way data communications required for IoT applications.

And while LoRa and Sigfox launched first, NB-IoT technology is already being rolled out in pre-standardization deployments, with a terminal cost of only a few dollars, and using a simple battery that lasts for years, enabling turn on-and-go systems that need no local infrastructure.

The reason for this is interference. If you’re operating in licensed spectrum, which is regulated, you can guarantee which services will operate in given frequencies and bands. For the unlicensed proposition, it will be harder to guarantee this QoS, as there will be other networks operating on the same unlicensed frequencies.

There isn’t the same restriction on transmit power or duty cycle for networks operating in the licensed bands as there are for unlicensed networks. The result is that you are able to deploy fewer number of higher radius cells - and therefore you can also access devices in harder to reach locations, for example utility meters located underground and beneath manhole covers.  The modulation scheme and narrow bandwidth employed by NB-IoT help to achieve a maxium coupling loss (MCL) of 164 dB, as compared to the 139. 4 dB achieved by GSM.

Price points are likely to be (almost universally) easier to maintain in open standards, so being a licensed standard, NB-IoT will bring sheer economies of scale and lower bills of materials. Price points are therefore easier to achieve and maintain. Additionally, because you can use existing cellular network infrastructure, there are lower deployment costs.

The lack of limit on duty cycle (incl. the base station) and the resulting downlink capacity that enables the two-way communications and message acknowledgement also allows devices to receive firmware over the air (FOTA) updates.

A typical use case is a utility meter, which is deployed without needing to be accessed for years, if not decades. And while the transmit power is low enough to not require battery changes during this time, at some point you may need to upgrade the firmware. Given that there will be very high numbers of these devices the ability to use FOTA is essential. 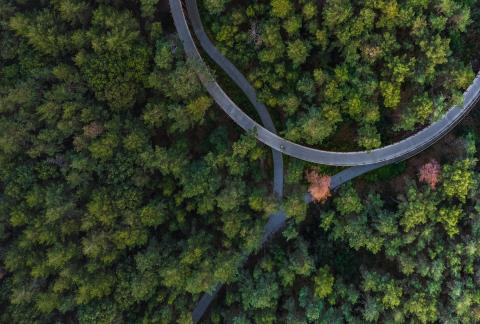